Senator Loren Legarda at the Third Plenary Session: Regional Cooperation in Asia-Pacific of the 26th Annual Meeting of the Asia-Pacific Parliamentary Forum (APPF). Legarda, Head of the Philippine Delegation, explains the Philippine-sponsored “Resolution Calling for Regional Cooperation on Disaster Risk Reduction (DRR) and Climate Change Adaptation and Mitigation (CCAM),” which she authored. The Senator sought the adoption of the Philippine Resolution as a stand-alone document, stressing that its inclusion of DRR and emphasis on the need for national adaptation plans sent a distinct and important message that could not be subsumed under the other proposals, to which the body acceded. The Philippine Resolution was adopted as APPF26 Resolution No. 10.

Senator Loren Legarda, Head of the Philippine Delegation, with fellow parliamentarians from Asia-Pacific Parliamentary Forum (APPF) member countries, during the closing ceremony of the 26th Annual Meeting of the APPF. To Legarda’s right is Hon. Nguyen Thi Kim Ngan, President of the National Assembly of Vietnam. The 26th Annual Meeting of the APPF with the theme, “Parliamentary Partnership: Peace, Innovation, and Sustainable Development,” was held from January 18-21, 2018 in Hanoi, Vietnam.

Senator Loren Legarda, Head of the Philippine Delegation, signs the Joint Communique of the 26th Annual Meeting of the Asia-Pacific Parliamentary Forum (APPF). Through Legarda’s intervention, the deep concern over disaster and climate change risks and the need to strengthen cooperation to address the same were expressed in the said document that was signed by the Heads of Delegation. 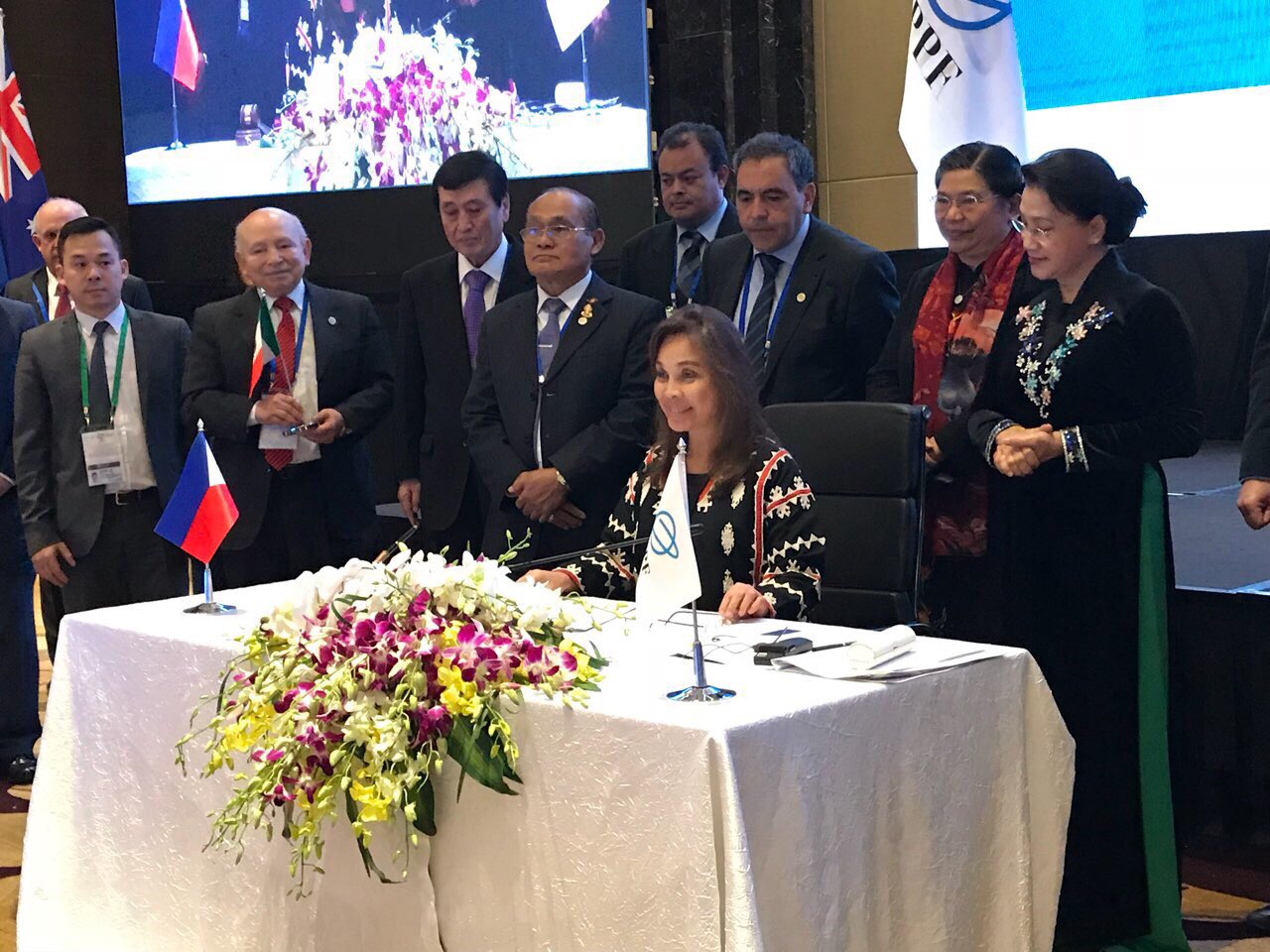 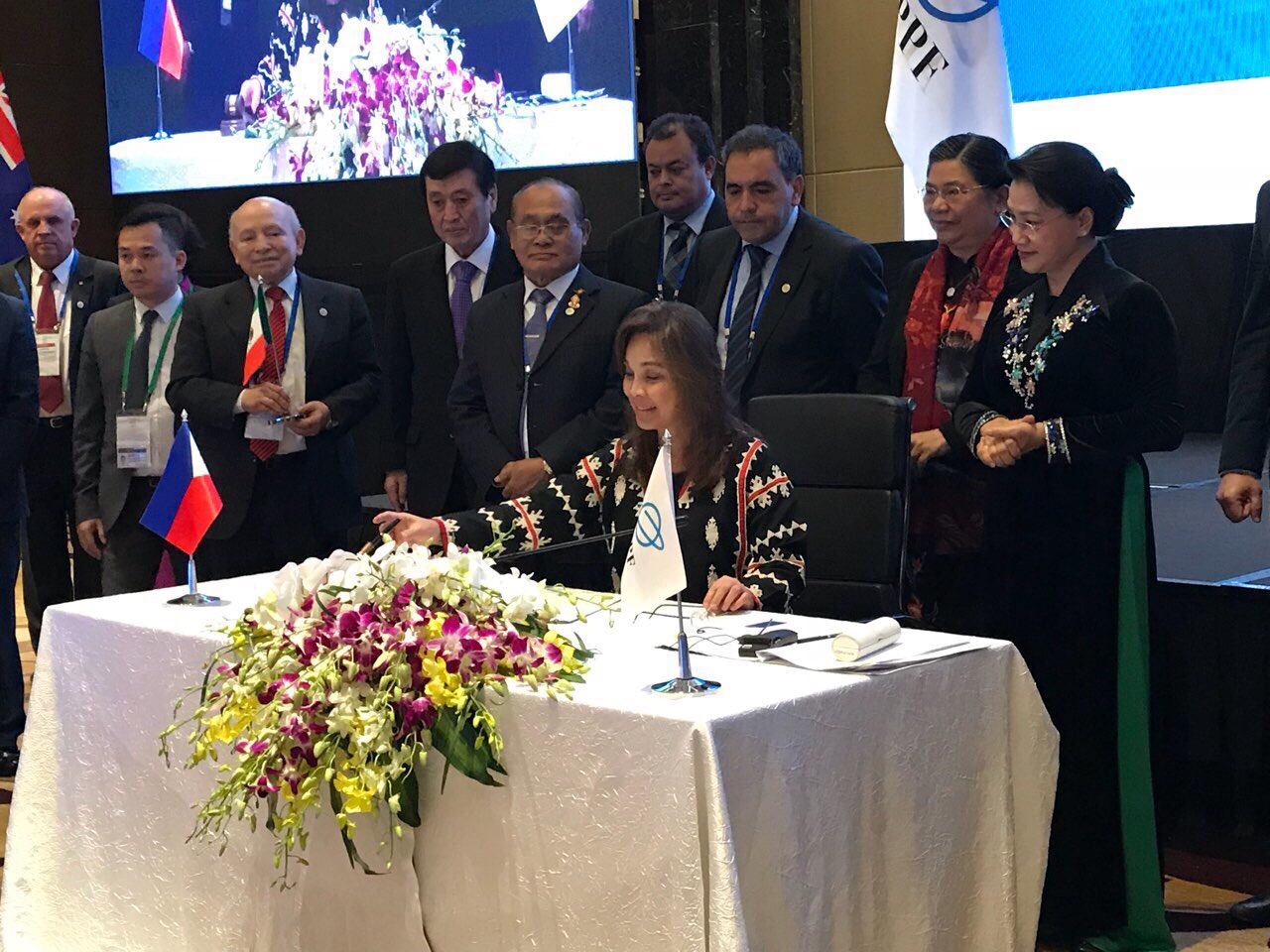 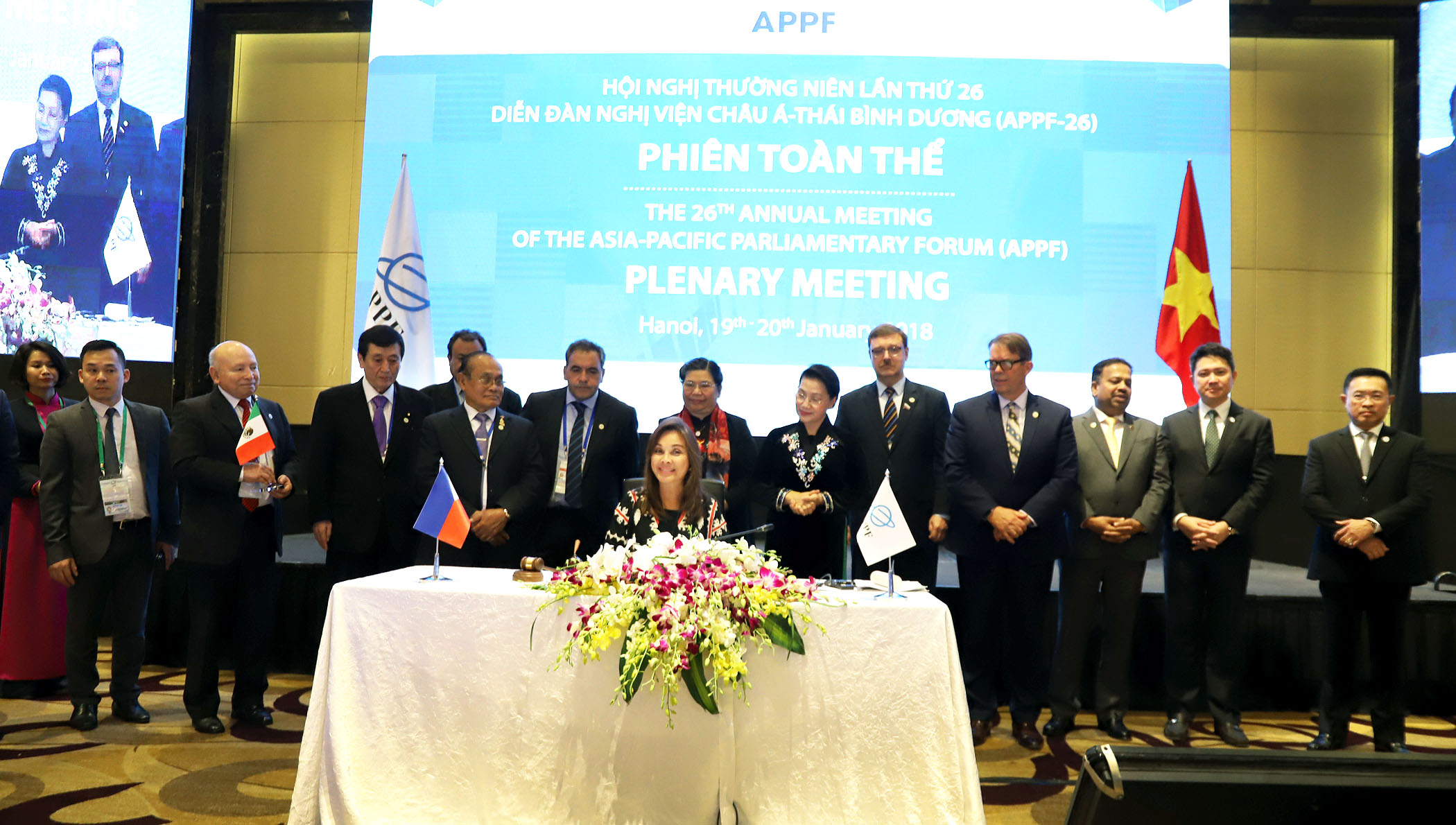 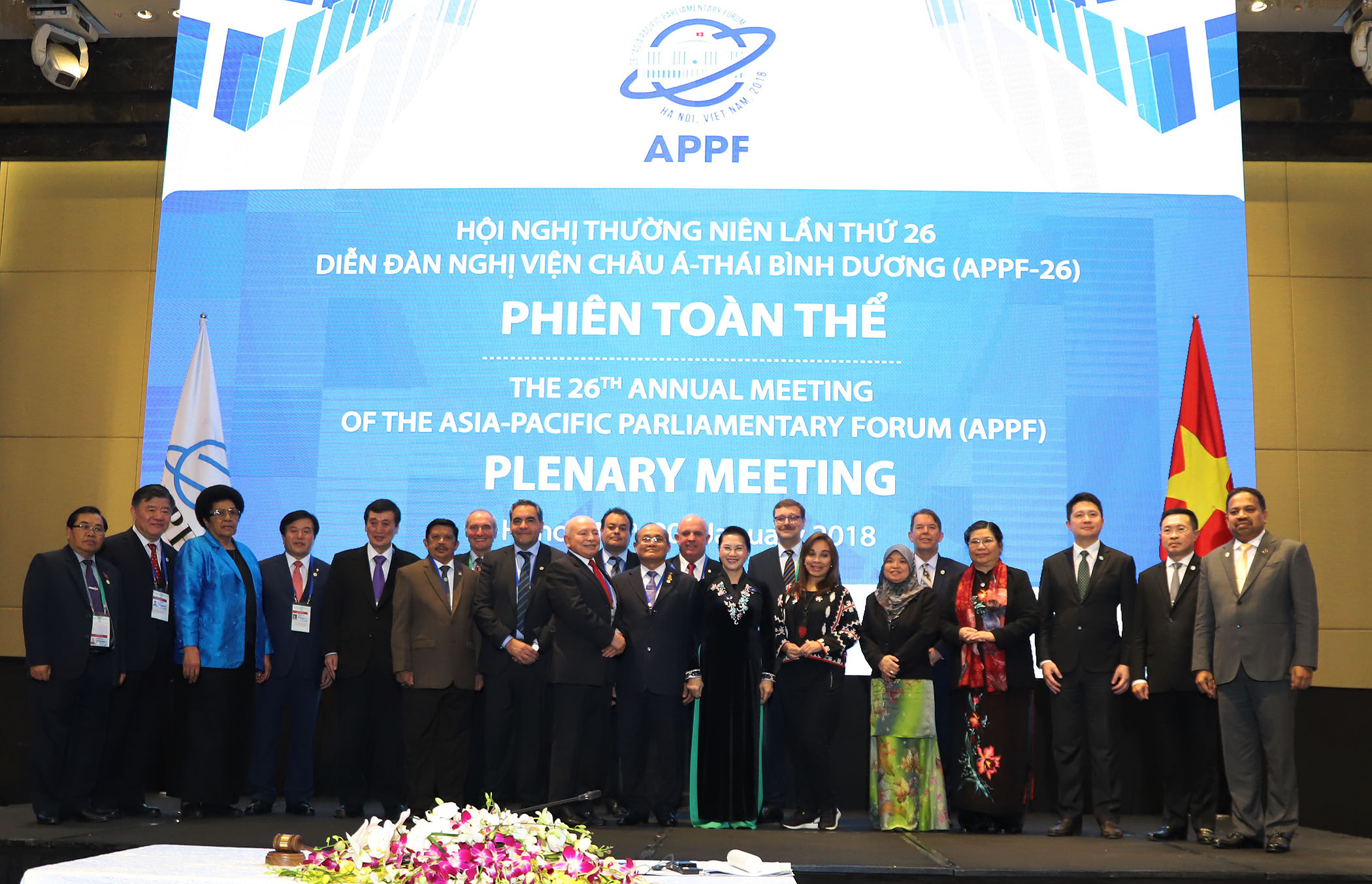 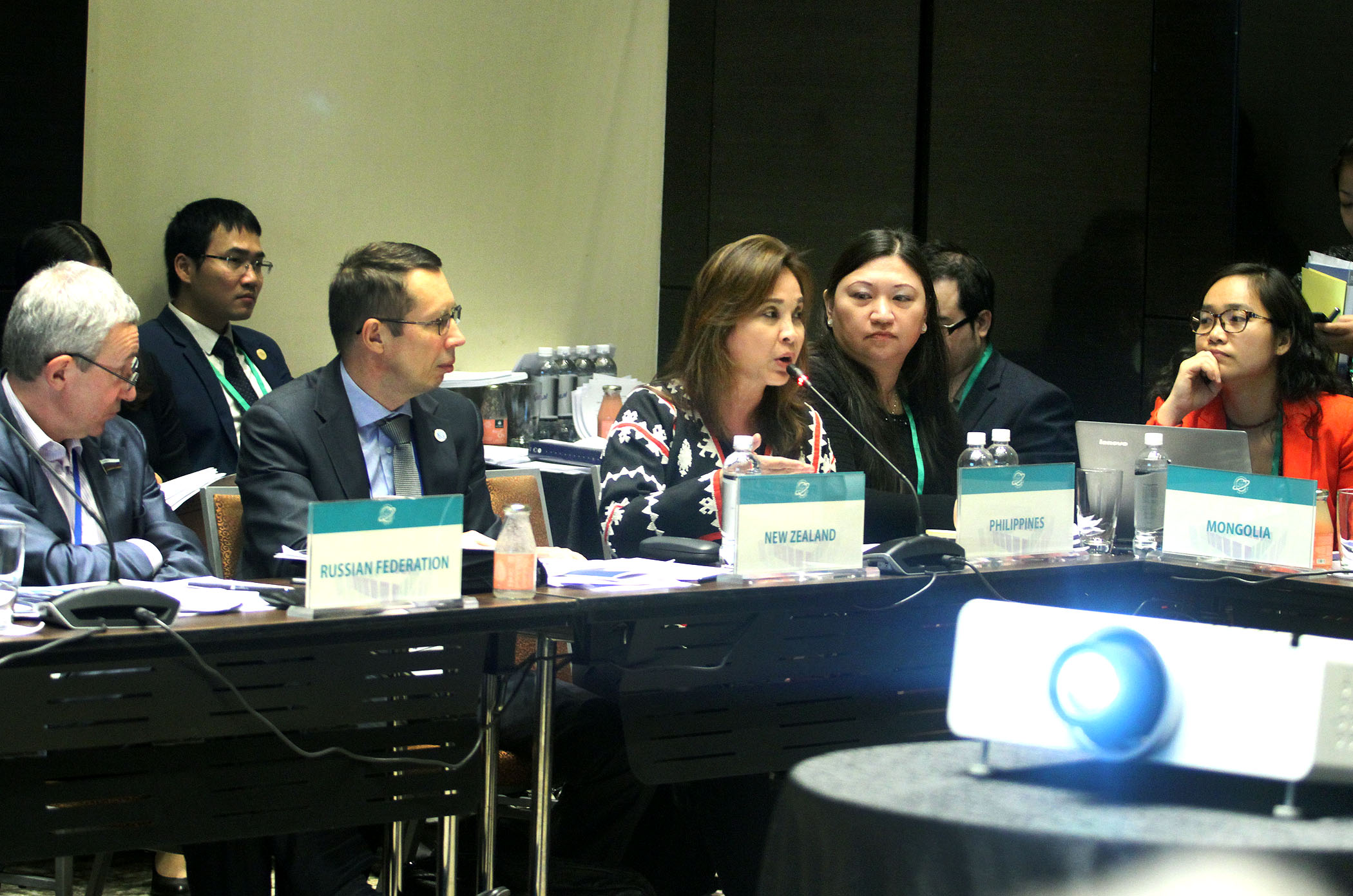