At the Armed Forces of the Philippines Command and General Staff College (AFPCGSC) Class 62 graduation, Senator Loren Legarda received an Academic Excellence award for her research paper, “The AFP in the Humanitarian Space: Building Resilience, Fostering Resilient Communities,” which explores the role of the military not just in responding to disasters, but also in reducing climate and disaster risks.

Senator Loren Legarda with her classmates from the Non-Resident Instruction (NRI) Program of the Command and General Staff Course (CGSC) during the graduation ceremony of the CGSC Class 62 in Camp Aguinaldo today. Legarda said, “After hurdling the highest military career course that is the CGSC, we can proudly say that the education and training we have experienced honed us to become better leaders—fit to command, capable to lead and equipped to advise.” 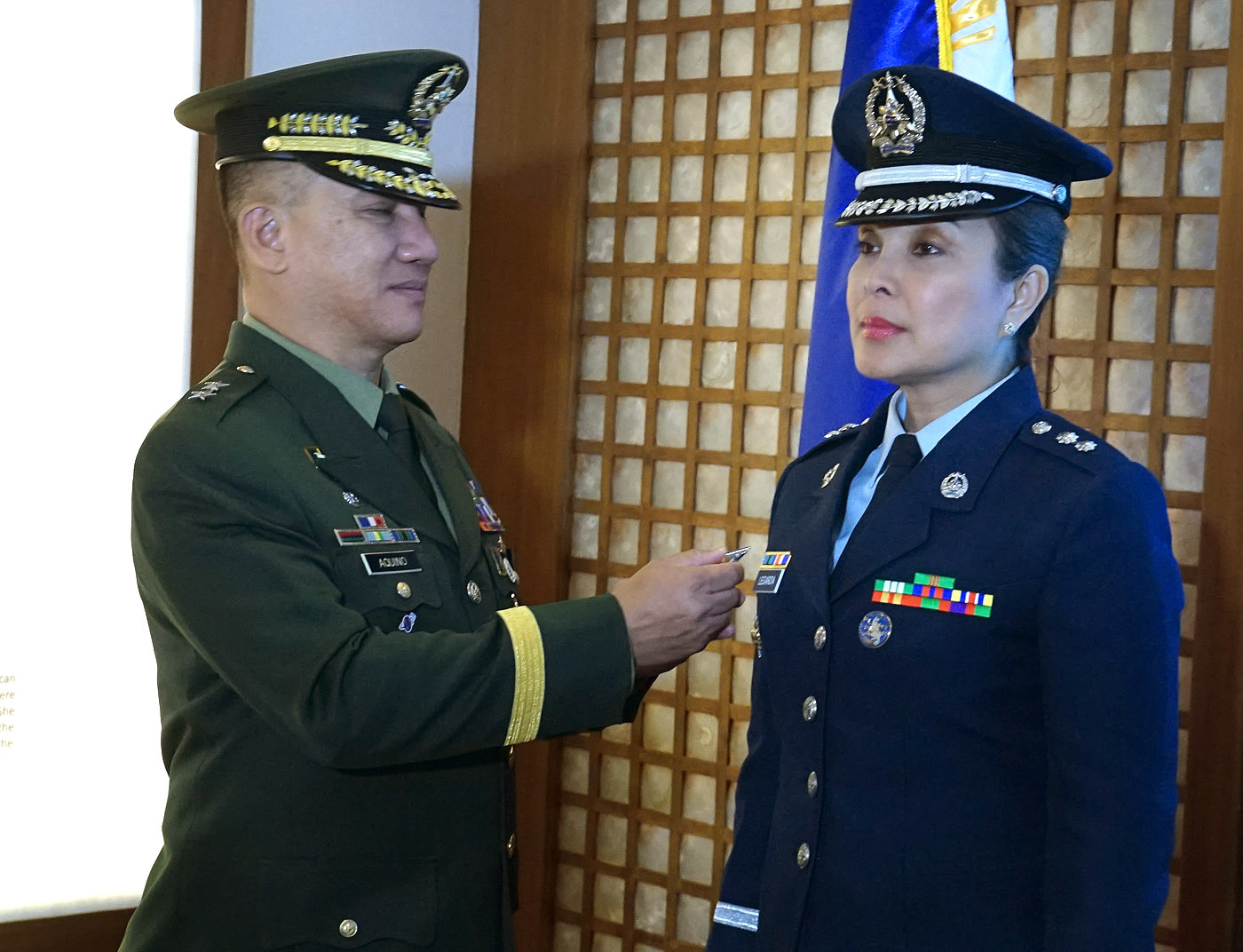 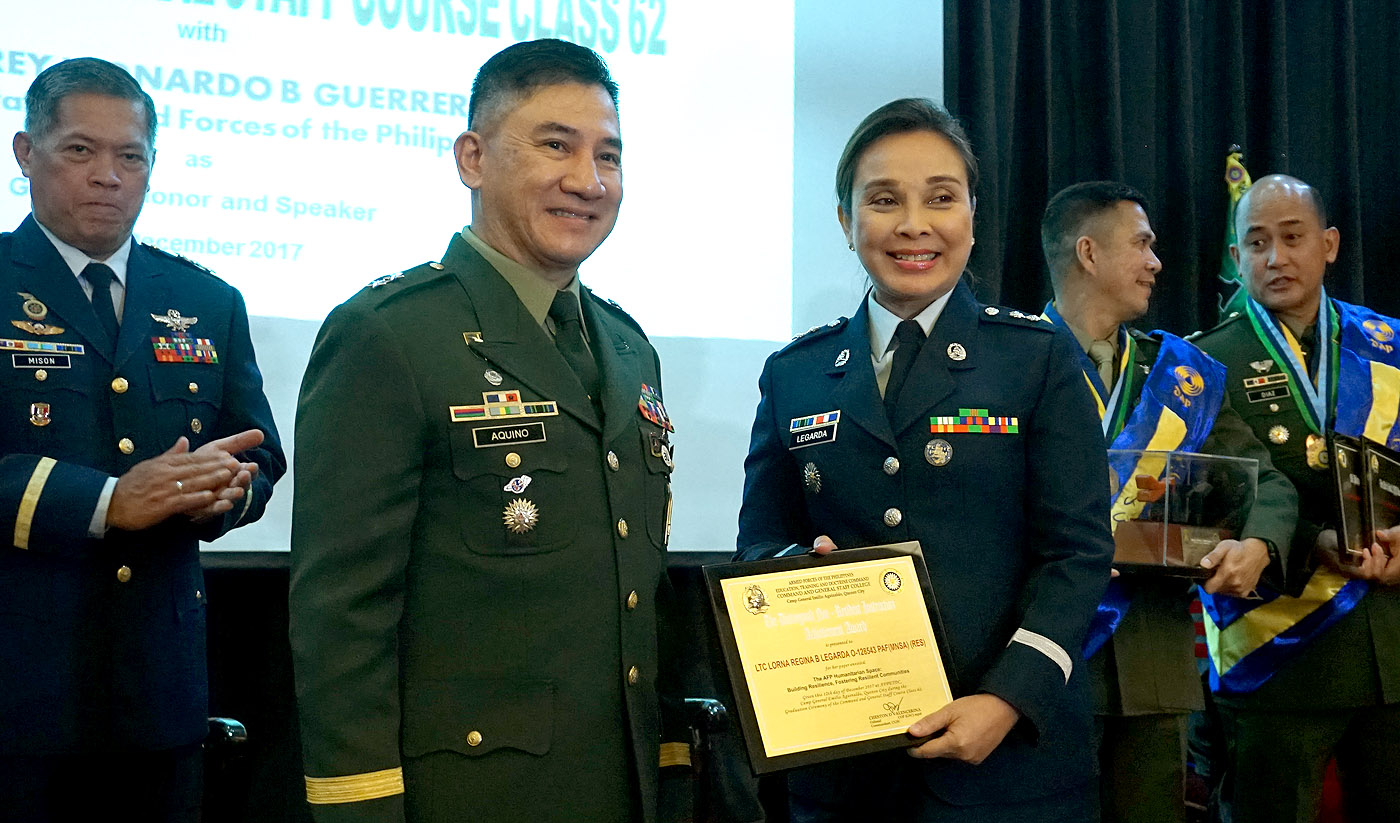 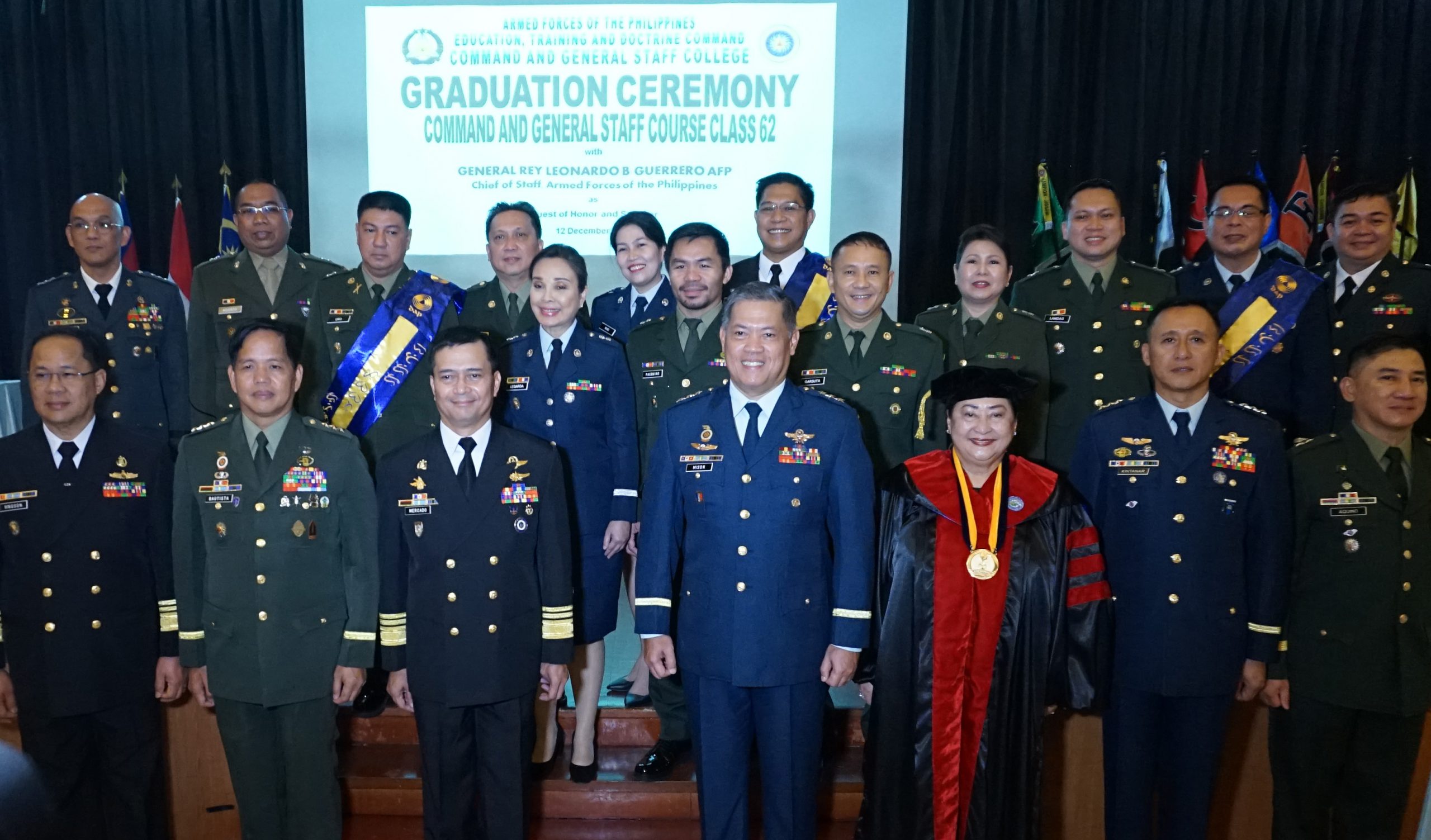